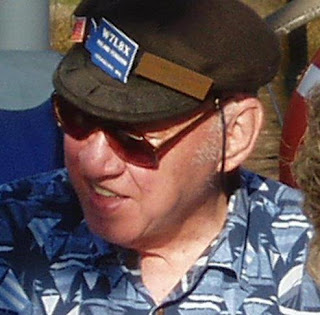 Roland Ferguson was born April 24th, 1928 at Waldo Hospital in the north end of Seattle to Ernest and Ruth Ferguson. While the family lived in different cities in his early years, they settled back in Seattle where he graduated from Roosevelt High School and later the University of Washington with an EE degree.

He was an avid amateur musician, playing percussion in school groups and in the early years of the Seattle Youth Symphony under Francis Aranyi. He continued this love of music throughout most of his adult life as the principal timpanist/percussionist of the Thalia Symphony Orchestra under founding directors Francis Walton and Michael Scheremetiew. He passed this love of music on to both his sons, once in the literal form of a triangle where son Bryce made his orchestra; debut playing 'Anitra's Dance' from Grieg's Peer Gynt Suite.

On Friday, July 13, 1951, he married Dorothy Fuller. They settled first in the north end of Seattle then in the small town of Bellevue, where they raised their two sons.
Throughout his life he exhibited a passion for working with his hands, whether it be building little outbuildings near the houses where he lived, shelving, or virtually any other small to medium project. This reached its peak when in 1984 he took on the role of general contractor overseeing the construction of their most recent house on 5 acres of land east of Issaquah. He also maintained a hobby passion for electronics to go along with his electronics engineer career.

His sense of humor manifested itself time and again in many forms, always with impeccable timing. He would engage his sons in "pun wars" around the dinner table, tell jokes, and even pull pranks if the situation was right. One memorable prank involved Boy Scout Troop 602 during an overnight hike across the Sammamish Plateau, not far north of their present house. Someone who had driven up to meet the troop came to the evening campfire saying he had heard about UFO sightings in the area. Strange sounds were heard not far away, and strange lights were visible in the same direction. Running to the site, the campers saw a "UFO" bathed in road flare lights with an "alien" wandering nearby. Roland had planned the whole thing, set up a little battery powered tape recorder to play the sounds, and helped rig the UFO. Everyone had a great laugh over it. Later back around the campfire, the troop leader awarded him a medal, naming him "Cur, Mangy Dog". The medal was a Kerr mason jar lid on a shoestring.

He combined humor and craftsmanship one year when younger son Keith was in the YMCA Indian Guides. One year, the organization held a big carnival in the old Field House in Kirkland in what is now Peter Kirk Park. Keith's group was to put together a little game booth of some sort. Roland set to work designing and building a Rube Goldberg contraption (throw a bean bag through a hole, watch the squirrel pop out various places as the released ball and levers did stuff until it came out here) that won rave reviews from everyone there, including a prize from the organizers.

His electronics expertise led to many above-and-beyond class projects for his sons, as well as a number of home projects. In one case, Bryce's junior high science class was tasked with making little electric motors out of copper wire, magnets and a cork stopper. Roland jumped in to help when the motor proved to be difficult to execute. By the time the project was complete, the motor was perfectly balanced, had nice burnished brass brushes epoxied to the armature, and an electromagnet instead of the permanent magnets everyone else used. It was the only one that could run off wall power instead of batteries.

Roland passed away peacefully the morning of May 19, 2012, with his family near. He is survived by his wife Dorothy, sons Bryce and Keith, and grandchildren Keira and Craig. He will be sorely missed by his family, and all who knew him.
Posted by Unknown at 10:09 AM